USA, Australia, UK, New Zealand are leaders on the number of most extravagant and large-scale sand drawings that set records. I am sure that the Sand Sign Campaign for Most Love Declarations on Sand Record will be as stunning as these works below. Especially given the fact that Sand Sign will be cooperating with Andres Amador, author of many stunning sand masterpieces.

1.The world's largest single artwork was created on the desert sands of the Black Rock Desert in Nevada. With its total circumference of over nine miles, it is big enough to contain over 176 Wembley Stadiums. Made of 1000 individual circles with a total diameter of just over three miles, it took 15 days to complete. The piece was visible from 40,000 feet up in the sky, and had even been wowing airline passengers flying across the desert into San Francisco. 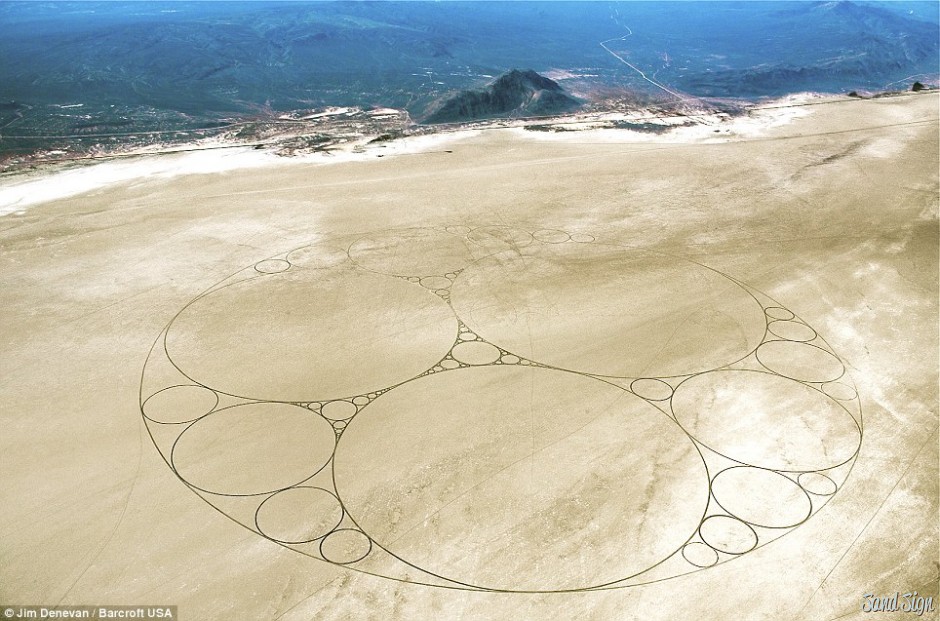 2. Britain decided not to fall behind in setting world records with sand. When Jaguar Land Rover was set to stop building Land Rover Defender - a favourite of the royal family, the UK decided to go for a sand image of the model measuring 1 km long in recognition of the end of an era.
The UK's largest sand drawing was created in the same location its inventor sketched the car's unmistakable shape almost 70 years ago, Red Wharf Bay in Anglesey. To set the record, six classic defenders with 12ft agricultural harrows were used to draw the car in the sand. The image, which took around three hours to create, lasted just minutes before the tide came in. 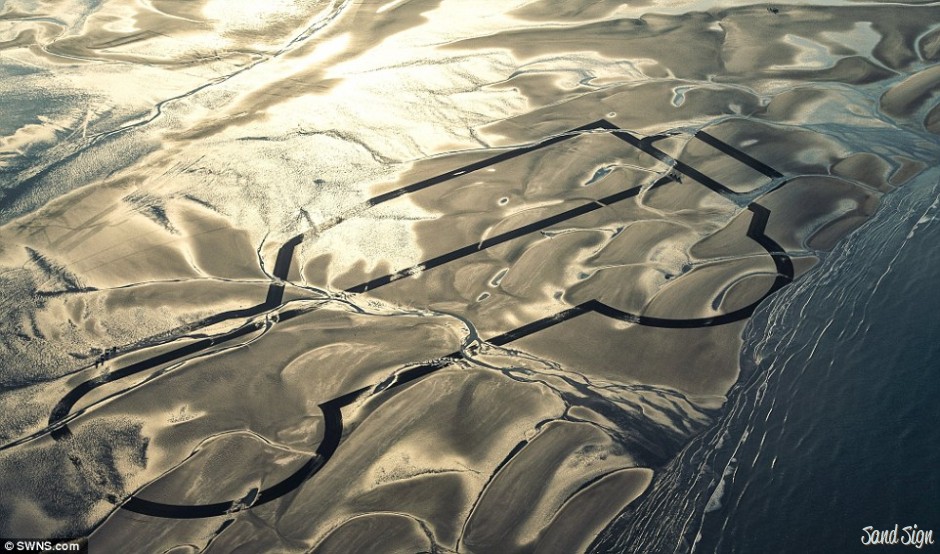 3. Australia’s largest sand drawing was performed on the surface of a salt lake (Lake Rebecca) in remote central Western Australia, 150 km from the town of Kalgoorlie. The 2 mile square pattern was created with a Hyundai car within the Company Make an Impression advertising campaign. Well, it definitely made the impression with those perfect round circles! 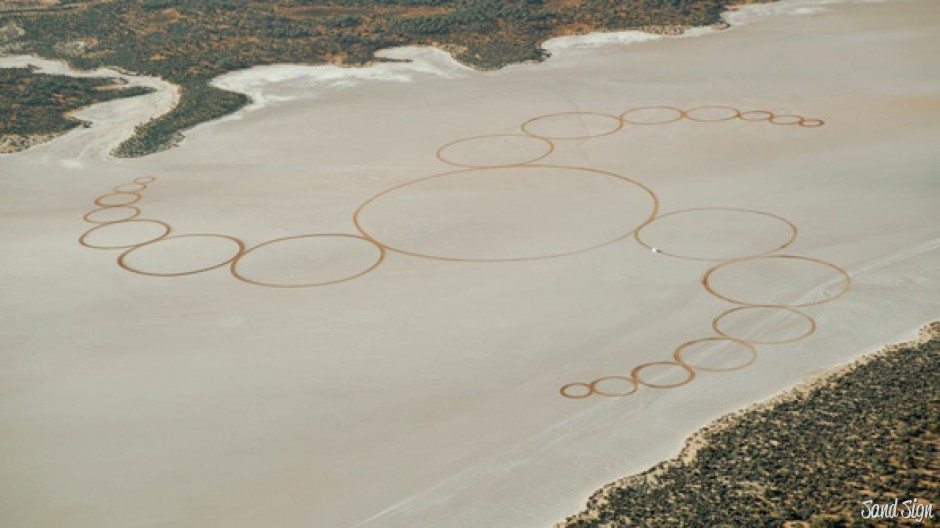 4. New Zealand decided to go not for size, but imagination and uniqueness, and created a series of world first 3D sand drawings on sand of Makatana beach near Mt Maunganui. It doesn’t make much sense if you just walk by, but when viewed from a particular point it suddenly takes on perfect perspective. First created in May 2014, it still has a lot of room for development. 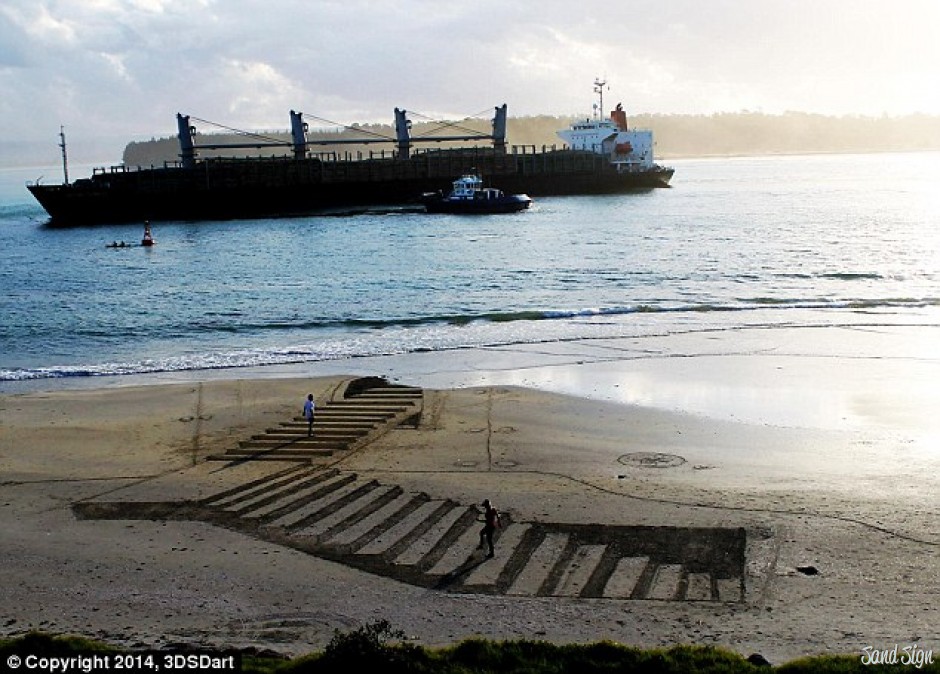 5. However, the world most significant, most mysterious and large-scale drawings are undoubtedly Nazca lines in Peru. I am sure you have heard about these giant lines forming figures and visible only from air. They are probably the best source of inspiration to all modern artists. 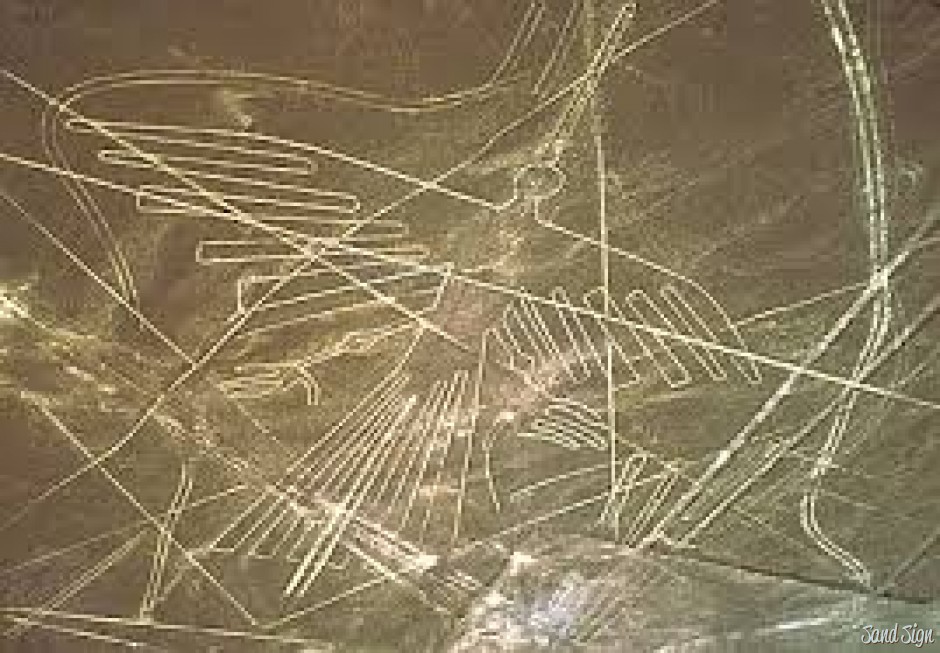 I believe I will be able to add one more point to this list soon, after we complete our Sand Sign Campaign for Most Love Declarations on Sand. This way, some beautiful beach will make history and become world official most romantic place. To learn more, subscribe to my news and follow the Project!